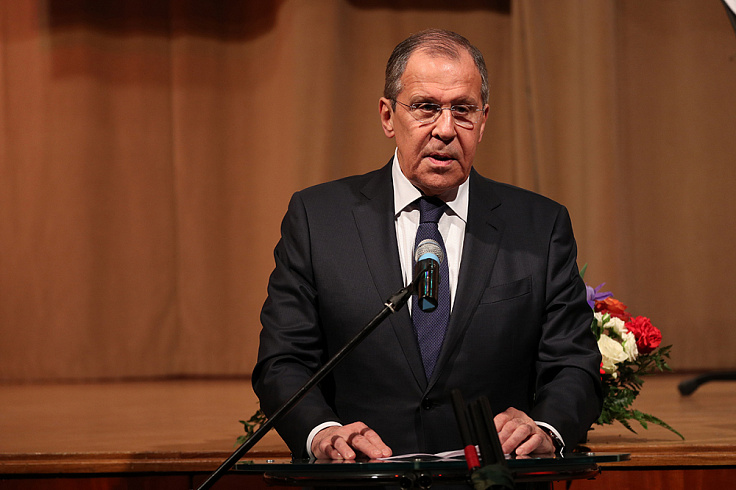 Heads of diplomatic missions of several CIS and Baltic republics, high-ranking officials of the Russian Presidential Administration and the Russian Government’s Office, federal ministers, heads of constituent territories, members of the Federation Council and deputies of the State Duma of the Russian Federal Assembly, heads of UNESCO program and regional committees in Russia, prominent workers of national education, science, culture, and mass media, and representatives of the business community took part in the event.

In his report, Lavrov lauded 65 years of Russia’s constructive and fruitful membership in UNESCO, presented and substantiated further steps to be taken by our country for strengthening its position in the major intergovernmental humanitarian organization, including in the light of the meeting between Russian President Vladimir Putin and UNESCO Director General Audrey Azoulay which took place in Moscow in March of this year. The minister reminded the audience that the Belarusian and Ukrainian Soviet socialist republics joined UNESCO together with the Soviet Union in April 1954, and personally greeted representatives of the Republic of Belarus who were present at the meeting.

UNESCO Director General Audrey Azoulay sent a video address to greet the Commission members. Greetings from Belarusian Foreign Minister and Chairman of the Belarusian Commission for UNESCO Affairs Vladimir Makei were read out.

The event was substantive. Participants underlined the importance of preserving the original humanist, moral, and truly democratic nature of UNESCO amid the formation of a polycentric world order and of avoiding artificial politicization and confrontation in its activity.

Published
06.05.2019
Thank you, your application is accepted.
You have questions?
We will call you back