On August 8, just a few days before Construction Workers’ Day, the Mayor of Moscow, Sergey Semyonovich Sobyanin, handed out awards to the winners of the Moscow City Government’s annual competition for the Best Implemented Construction Project. As Sergey Semyonovich Sobyanin said at the prize-giving ceremony, held in the White Assembly Room at the Moscow City Hall (13 Tverskaya Street) far from just being a day celebrated by a narrow circle of professionals, Construction Workers’ Day is a national festival. As the Mayor of Moscow pointed out, “the quality of the work performed by the construction sector defines the way people judge the state of development of a city, a region or the country as a whole.”

The City’s Competition Commission awarded a special prize and a competition prize-winner certificate to the Glavupdk, for its restoration of the Kekushev mansion (21 Ostozhenka Street bld. 1, built in 1903, architect: Lev Kekushev).

Sergey Makarov, acting head of Glavupdk, was present at the prize-giving ceremony and addressed the audience: “It is especially pleasant to receive this important and prestigious prize from the Mayor of Moscow at this time, just a few days before the 98th anniversary of the foundation of Glavupdk. The main task of our federal body organisation is to provide embassies from foreign countries with comfortable premises and good working conditions in Moscow. It is very important that historic mansions that form part of our cultural heritage are restored to their original appearance, as they are used to house foreign diplomatic missions. It is a matter of prestige, of our country’s reputation in the international community.”

The City’s Competition Commission included representatives of various executive departments of Moscow City Hall, and also leading experts in the area of construction, architecture, city planning and restoration. In addition to the Commission, approximately 1 million members of the public voted for the best construction projects, including 700,000 votes cast by members of the Active Citizen project, website, and 290,000 votes cast via the competition website, at the display of participating projects in the Model of Moscow pavilion at the VDNKh exhibition centre, and through the Building Simply mobile app. 107 projects which received commissioning certificates in 2018 took part in the competition.

The major project to repair and restore 21 Ostozhenka Street was completed in 2018 - the building’s first restoration since it was constructed in 1903. In addition to the structural work that was essential in order for the building to remain serviceable, including the reinforcement of the foundations and the vaulted ceilings, as well as damp-proofing, various decorative elements that had deteriorated or been lost over the years were replaced, returning the mansion to its original appearance. The roof covering was restored in the original style, as was the facade, which contained bricks in 5 different colours, as well as characteristically Art Nouveau bas-relief decorations. A number of windows that had been walled up and completely forgotten about were unblocked. The walls and ceilings were restored to their original appearance. The wooden doors and frames, with their unique design, were also restored, as were the intricate radiator covers, the wooden wall panelling, the stairways, stoves, light fittings and the parquet floors. Also restored as part of the project was the mansion’s main stairway, with its unique metal bannisters, which forms the central element in the building’s interior design, connecting all the rooms.

And, for all those who appreciate fine architecture, the return of the carved lion on the facade, the emblem of the architect, Lev Kekushev, was an important finishing touch. This sculpture, which had disappeared in unclear circumstances some time in the early 20th Century, was restored based on records from the city archives.

The restoration was carried out using techniques and materials used at the beginning of the 20th century, as well as new, advanced technology. The building was equipped with contemporary engineering systems and networks, allowing it to be used for many years without the need for further repairs.

This latest prestigious prize will occupy a worthy place in Glavupdk’s Museum, joining the many other prizes Glavupdk has won in previous “Best Restoration Project” competitions held by the Moscow City Government. 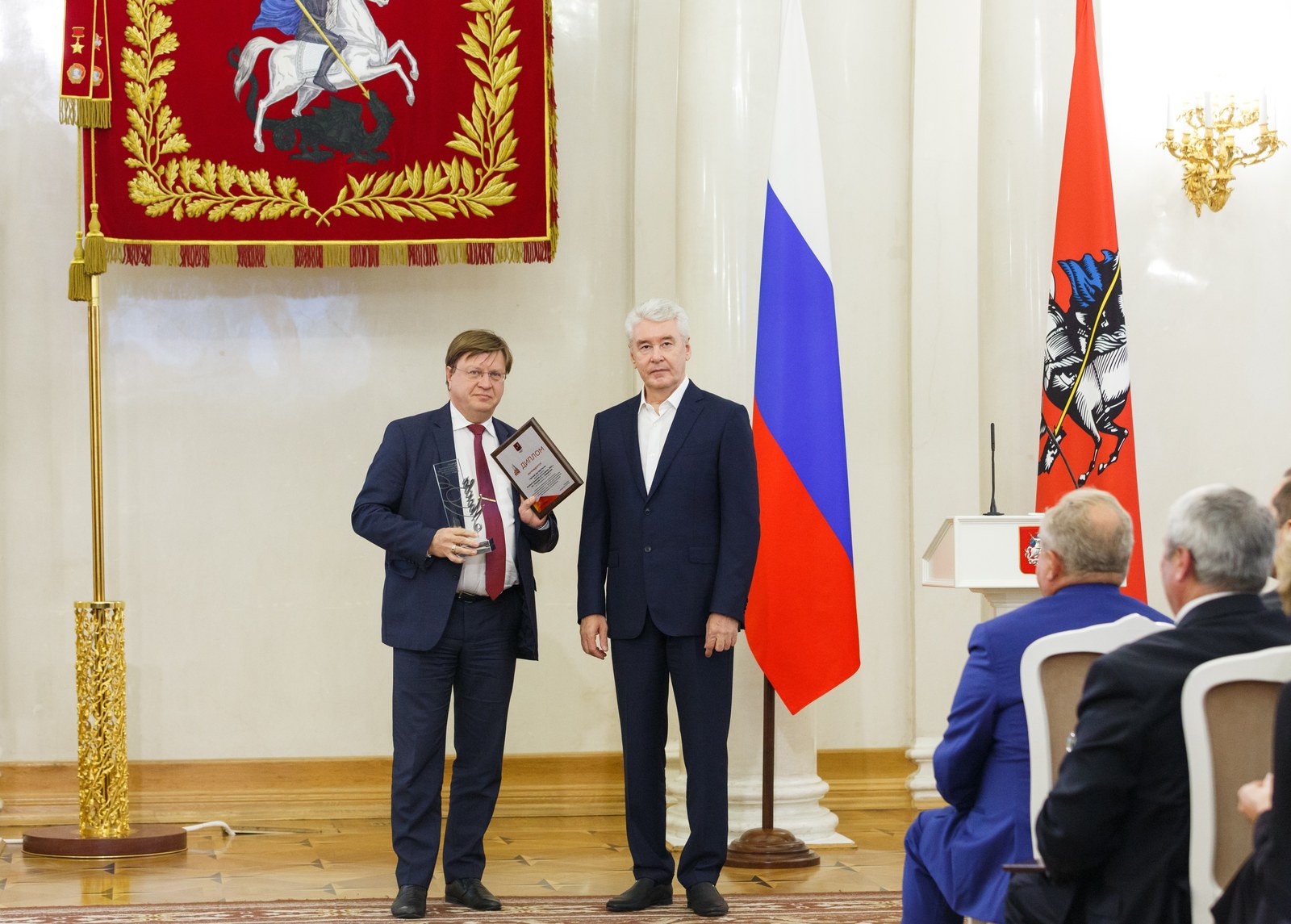 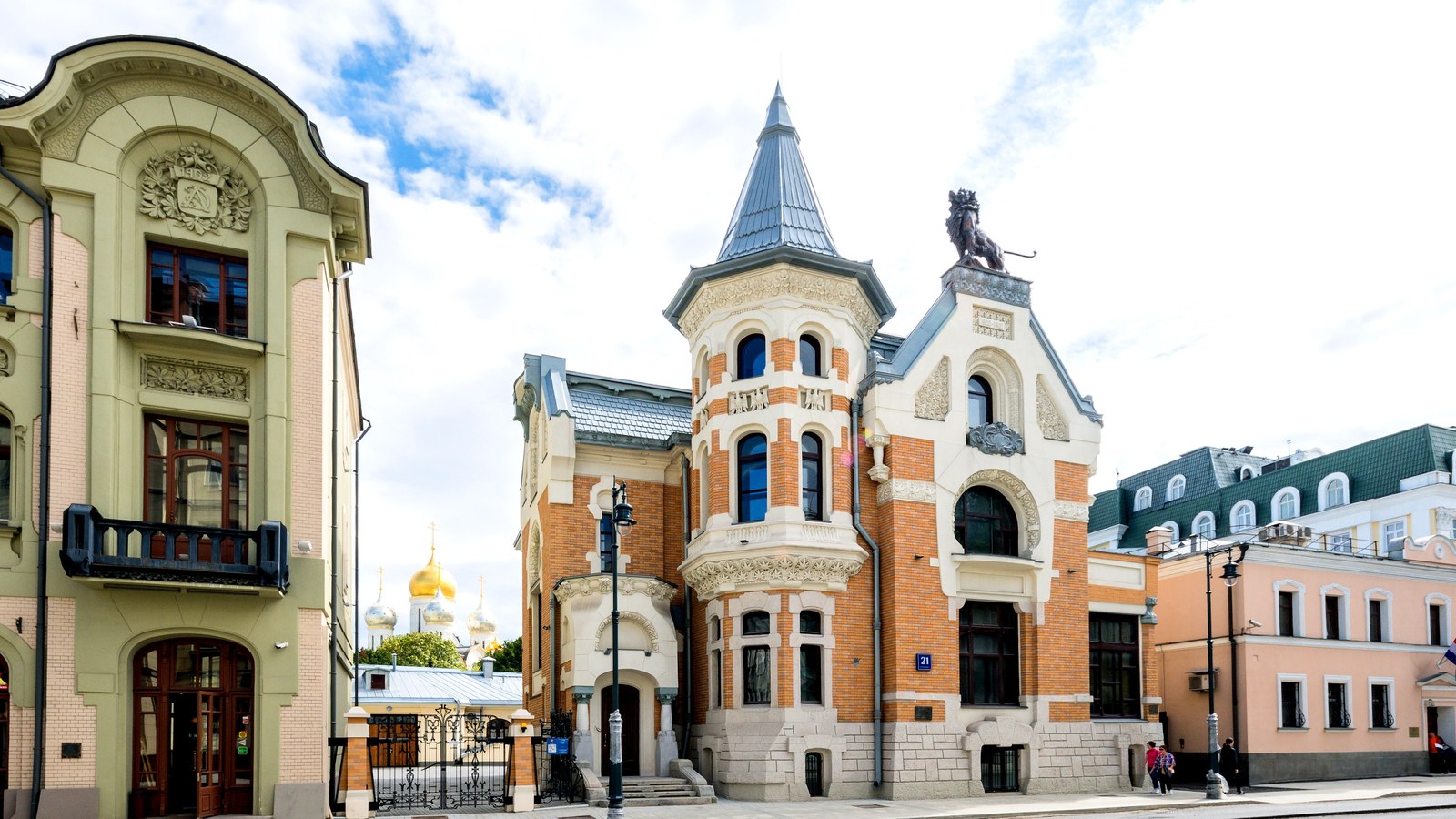 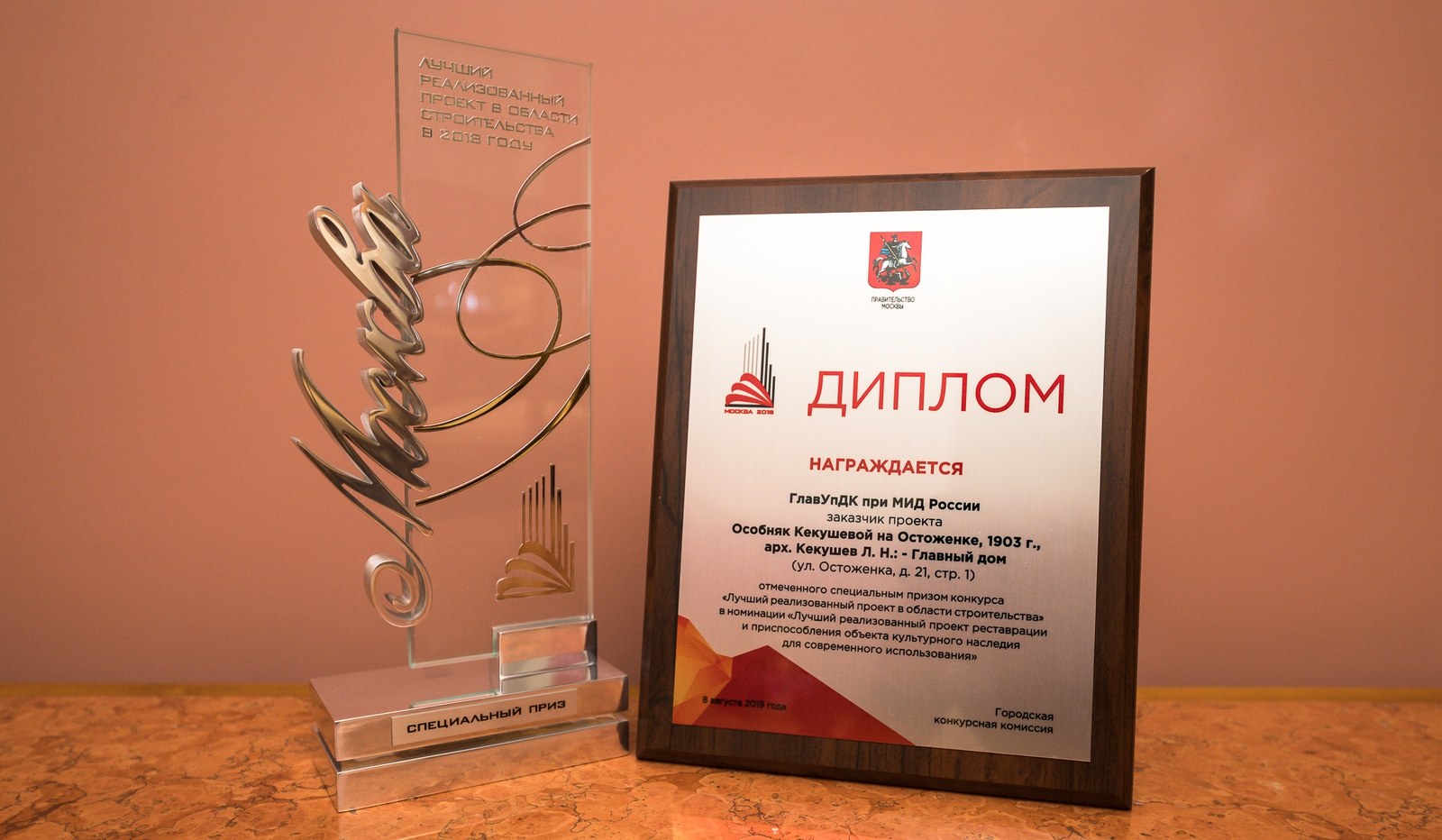 Published
09.08.2019
Thank you, your application is accepted.
You have questions?
We will call you back